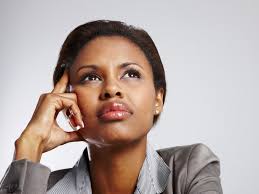 Everyone has probably had that feeling at least once or twice while listening to a lecture.  I was quite impressed with the speaker, Sister Judith Sutera, but I can’t say that she had my total attention.  I tend to get distracted by something I see or maybe something the speaker said earlier.  I’m not very focused when it comes to digesting lectures.   This is probably why I likes books—I can go back and re-read when my mind wanders.  But, every so often in a lecture, I hear something that makes me want to stop the speaker and say, “Okay, let’s dwell on that for a while.  Back the truck up.  Could you repeat that?  Did I hear you right?”

Like any good speaker, she didn’t fully exhaust the topic, but left some mystery and intrigue behind it.  She paused for effect, wrote in on the board and then just looked at us.  She seemed to realize that some of us would agree, some would have a hard time relenting, and some of us just had our minds blown.  The statement was a simple one, “None of us is right!”

Like I said, I wasn’t paying close attention, so I am not sure if she eloquently introduced the statement or cautiously approached it or just dropped it out of the sky.  But I know how it affected me—it was shocking and especially appropriate to my journey.  I needed to hear this!  I’m sure I sit up straight and, at least for a few minutes, and gave her my full attention.

For a good portion of my life, I was associated with religious people that banked everything on their certainty.  They possessed a series of beliefs that they knew were right and didn’t really allow any room for questioning or debating those beliefs and assumptions.  Being right was something they were sure of and even to talk about them in a suspicious manner could bring scorn, ridicule or some form of exclusion.  Whether these certainties were affirmed 100 or 500 years ago really didn’t matter.  The fact was, “this is where we stand.”  Those were the lines drawn in the sand that we didn’t cross.

I was even counseled to “make sure I know how I feel” about certain issues when I was training to be a pastor.   I was encouraged to know what I believed but also encouraged to stay within the framework that was already provided.  After all, it was Biblical!  Right?  It didn’t really matter that hundreds of other denominations and beliefs systems also claimed that they were right and many of them also claimed to afform their stance in Scripture.  At some point in most minister’s life, there comes a time when you raise your hand to God (in one way or another) and say, “I agree to promote and defend these particular beliefs.”  Most church members go through something similar.  For pastors, we call it ordination.  For members, we might just call it membership, or possibly “indoctrination.”  There is nothing wrong with being formed and forming beliefs, but we must realize it can lead to problems when we are too certain.

As I said before, I came to a point in my life where I posed the question, “Maybe I am wrong about a number of things.”  When I opened to this possibility, I found all kinds of beauty in my life and understanding of God.  I found a God that is restorative, instead of retributive.  I found a God that is more Christ-like and a faith that is more loving and fuller of grace.  I found communities that are more open and accepting of all people.  This shift was motivated in part by watching my children grow up and question their foundational beliefs and develop their own beautiful methodologies and approaches to life and love and family.  I saw them living much as Christ would and fulfilling his injunction to love.  In short, they influenced me—something I always hoped would happen.

But now, this speaker said, “None of us is right.”  At first glance, this might sound discouraging, but it wasn’t.  It was helpful.  To know that none of us are right keeps us on the journey.  To know that none of us has it all figured out keeps us humble.  We can be more accepting of those that disagree with us because all of us now have at least a speck of dust in our own eye.  I love that my children have less of a problem saying, “I don’t know” or “I don’t have all the answers.”  It is very liberating to be able to acknowledge others beliefs even if they are not exactly like mine.  My previous associations do not feel that way no matter what they sometimes say.

I think it also helps to consider that religions and beliefs formed around the traditions and cultures they grew up in.   The church was cross-pollinated from day one.  Our beliefs and practices were affected by the cultures and practices of times from which they came.  To know that none of us are right helps me understand that, to some degree, the journey affects my understanding.  That may sound scary, but to me it is comforting.  It lets me know that God can bring us to the right understanding because He is constantly walking with us in this mysterious journey of understanding.  By starting from the understanding that I am NOT right, I will continue the journey of learning and growing, and I will be able to live with the paradox and mystery that comes with it.

One final word.  Knowing that none of us is right also opens the possibility that other faiths might possess part of this truth.  My previous association didn’t even acknowledge different branches of the same denomination.  They certainly wouldn’t have considered Catholicism, or (gasp) Buddhism, or others as possessing any kind of truth.  But, understanding that I might be wrong opens the possibility that “they” might be right in one way or another.  When I operate from this framework, I can find truth in all corners of the world and in all branches of belief systems.   It really is a beautiful thing to discover truths in unexpected places.

Let me just be the first to tell you – you are not right.  At least part of what you believe is flawed because, if God is really God, you can’t possibly figure out everything about Him and boil him down to a simple dogma or creed or belief statement.  You have been influenced by your culture, your experiences and your relationships.  They have formed you in such a way that is efficient in the space that you live.  Certainty will not bring you peace, it will only keep you stagnant and closed to the mystery of God.  I would encourage you to embrace the paradox and mystery of a God that is beyond us.   See you on the journey!

** Please feel free to like, forward or comment on this blog. Part of this is for me to just sort through my beliefs and feelings, but it would mean so much more to have your input. **